On Bronze Grove we farm two cultivars of olives: Frantoio and Mission. The fruit of these olives are hand picked then blended to create a delicate oil which has a typical Tuscan flavor. The olive oil has a full bodied, green grass taste with peppery undertones.

Bronze Grove Extra Virgin Olive Oil is unrefined with a free acidity of below 0.8% with no defects and has a fruity characteristic. Our oil is pressed below 30 degrees C, generally at about 17 degrees C, and is therefore Cold Pressed. 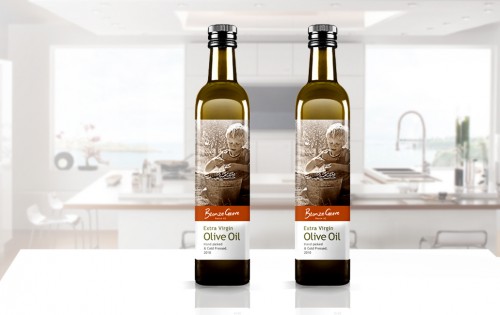 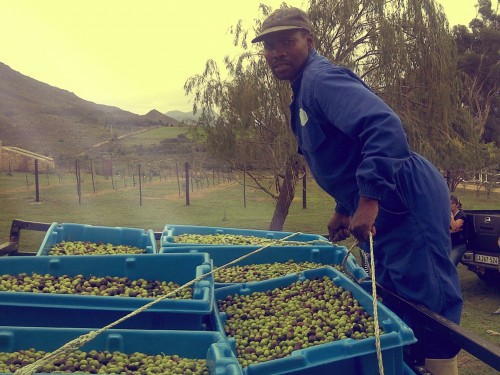 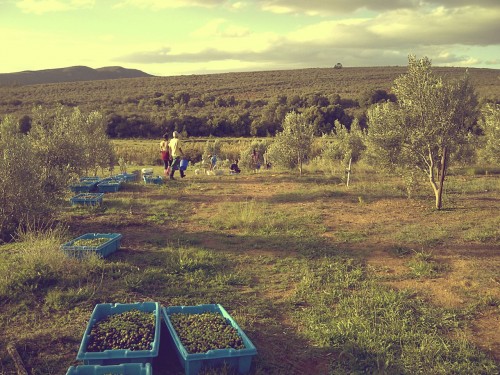 The Tree of Peace: Irena, the goddess of peace, daughter of Zeus, was always depicted with an olive branch in her hand. Later, during periods of war, the couriers of peace were sent ahead holding a symbolic olive branch.

The Tree of Hope: In the Old Testament, a dove returned to The Ark with an olive branch, announcing the end of the flood and bringing hope to the people.

The Tree of Light: Olive oil was used as lighting oil, thus it was considered to be a source of light.

The Tree of Fertility: In folk tradition of Greek medicine, olive oil is considered to be an aphrodisiac. New couples were offered oval shaped bread which had the first olive oil of the year poured over it as an antidote to sterility.

The Tree of Health: The value of olive oil to health has been widely known for centuries. Thus the olive tree symbolizes power and health. This symbolism is totally accurate due to the fact that olive trees are long-lived, simple and resistant.

The Tree of Wealth: For centuries the produce from olive trees has represented the main source of income for many families.

The Tree of Balance: The Celts considered the olive tree to be a tree of balance. For this reason, they devoted the day of 23rd September to it. That particular date has the same duration of day and night.